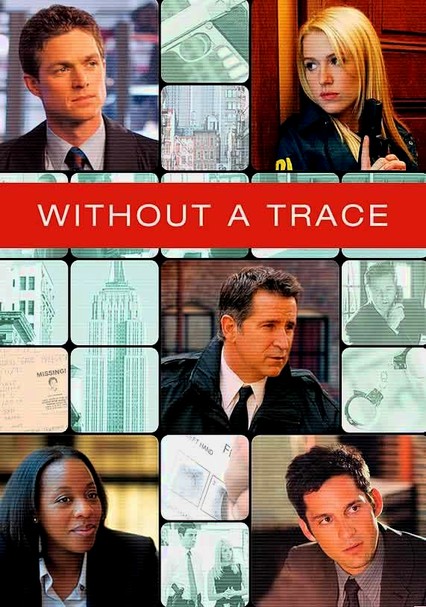 2002 TV-14 1 season
In this suspenseful crime drama, FBI agent Jack Malone (Anthony LaPaglia) and the Missing Persons Unit race against the clock, combing through clues to locate the whereabouts of vanished individuals before the victims are gone forever. Employing advanced profiling techniques, the team reconstructs the identity and movements of a prizefighter the night before a bout, a bride during her wedding, a violinist and her valuable instrument and more.

Anthony LaPaglia leads an ensemble cast that includes Oscar nominee Marianne Jean-Baptiste in this fast-paced detective drama that follows the exploits of an FBI squad specializing in missing persons. In the show's second season, the team sifts through a pile of suspects to track down a motivational speaker who's vanished; helps recover a stolen school bus full of children; and attempts to find a celebrity photographer who's disappeared.

Parents need to know that this crime drama deals with sensational topics, many of which involve children and teens, such as abduction, molestation, child pornography, and infanticide. The regular characters also struggle with adult topics like adultery, divorce, addiction, and serious health problems, which may upset sensitive young viewers.

Some minor sexual activity: Characters wake up in bed together, and the main characters engaged in adultery but were remorseful. Plots sometimes revolve around sexual themes, like prostitution or pornography.

Violence varies from episode to episode. FBI agents carry and sometimes use guns and engage in tense stand-offs, but blood is minimal.

Some adult language in certain episodes, but not generally noticeable.

While the main characters are humanly flawed and deal with problems like adultery and substance abuse, they're on the side of justice. The cast is multicultural; recurring female characters are generally portrayed as strong and capable. An occasional character is disabled.

The main character was addicted to painkillers. Another recurring character may have a drug abuse problem, but drug use has serious repercussions on the show. Plots may involve drugs, but not without consequences.