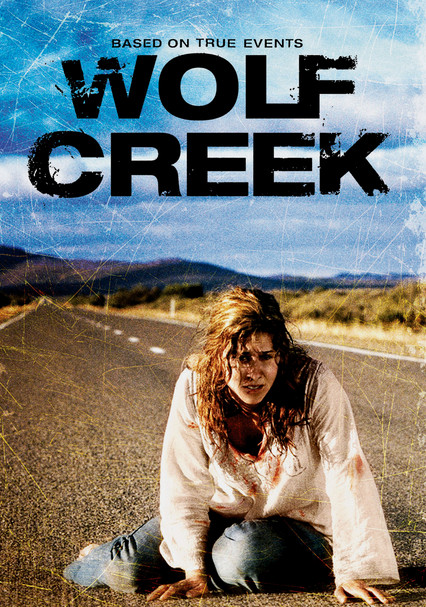 2005 R 1h 38m DVD
A sun-baked adventure in Australia's outback becomes a grisly ordeal for two British tourists and their Aussie pal when they cross paths with a genial bushman who turns out to be a sadistic serial killer.

Parents need to know that this movie isn't for kids. It features gruesome (and, once it begins, relentless) violence implemented by knives, rifles, and brutal beatings. Characters drink and smoke cigarettes (at least until they are attacked by the killer); one couple kisses briefly. On the road, they use filthy gas station bathrooms. Girls scream, escape, fight back, and scream again. Alarming images include bloody faces, threats of rape, bound limbs, gags, blood smears on floors and walls, and a graphic description (with shadowy visual demonstration) of a torture method by which the killer severs a girl's spine but leaves her conscious (he calls it "head on a stick," and says it was practiced in the Vietnam war).

Once the kids are kidnapped, brutal, grim violence is relentless: by knife, rifle, beating, kicking, and an especially grotesque "" whereby the killer severs a girl's spine.