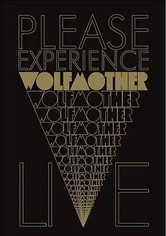 2007 NR 1h 11m DVD
Sydney's Hordern Pavillion is the site of this blistering performance from Australia's own Wolfmother, a Grammy Award-winning rock act holding court with a sold-out crowd of hometown fans. Also included is the band's memorable set from the 2006 Aria Awards; highlights from their concert at London's Brixton Academy; and five hit music videos, including "Woman," "Joker and the Thief," "White Unicorn" and "Love Train."