Wonder Pets!: Save the Beetles! 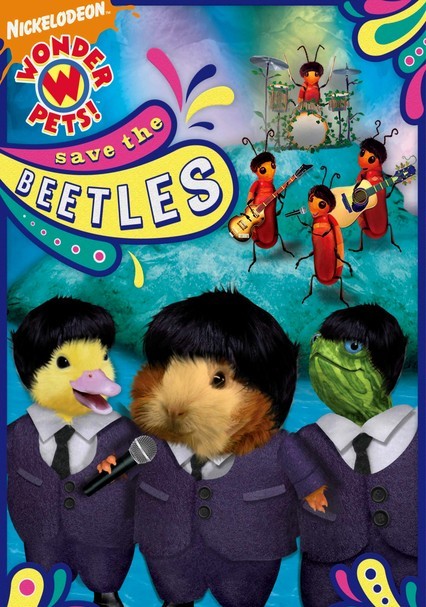 Wonder Pets!: Save the Beetles!

2008 NR 1h 37m DVD
This edition of the popular Nick Jr. series, set to an original score, follows the escapades of Ming-Ming Duckling, Turtle Tuck and Linny the guinea pig as they travel to Liverpool, England, to free a band of beetles from a yellowish submarine. Bonus episodes include the gang's adventurous, fun-filled rescues of a variety of animals around the world, including a platypus, a sheep and even a chameleon.

Parents need to know that this gentle and entertaining caper of three heroic classroom pets is buoyed along by their trademark operetta song style with a heavy Beatles influence. The three tiny pets know they're not tough or big, but are equally sure that working together as a team, they'll be successful.