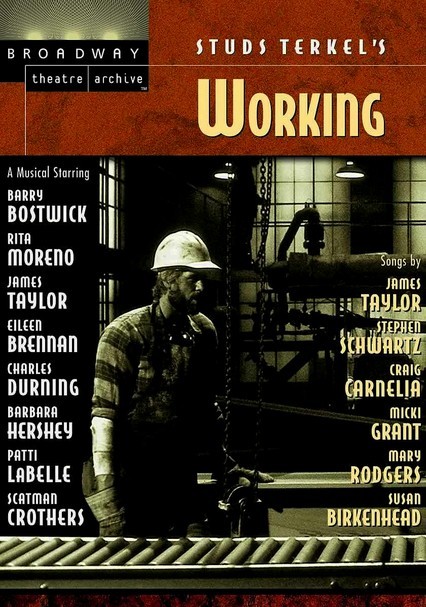 1982 NR 1h 29m DVD
Inspired by the best-selling book by Studs Terkel, this musical from producer Stephen Schwartz celebrates the voices of the average worker from the perspective of the faceless men and women who make up the very fabric of American culture. The all-star cast of characters inhabiting the show's colorful blue-collar world include Eileen Brennan, Rita Moreno, Scatman Crothers, Barbara Hershey, Charles Durning and Patti LaBelle.