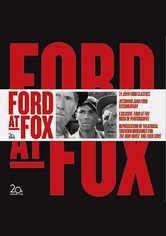 1934 NR 1h 44m DVD
This sprawling drama from director John Ford chronicles a century in the lives of two European families that are joined by marriage in 1825 New Orleans, grow rich in the cotton trade and are eventually torn apart by historical events. The Girards, from France, and the Warburtons, from England, become powerful Southern traders but find themselves on opposite sides during World War I and see their fortunes fade in the Wall Street crash of 1929.