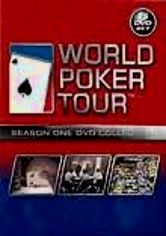 2003 NR 1 season
Go inside the World Poker Tour, a 13-tournament series featuring a $10 million prize and some of the best poker players in the world. With cutting-edge camera techniques that allow the viewer to see each player's hand and clever commentary from Mike Sexton and Vince Van Patten, you'll feel like you're right in the middle of the action. Host Shana Hiatt also tours each of the luxurious casinos used during the competition.