World War II: When the World Went to War 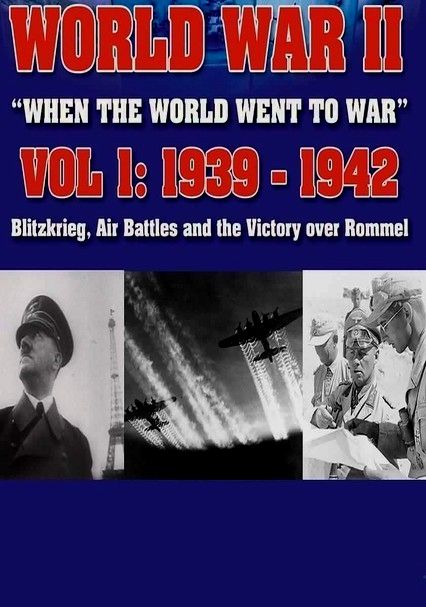 World War II: When the World Went to War

1949 NR 3 seasons
The outbreak of the greatest conflict in human history is the focus of this documentary, which traces the origins and early years of World War II, including the Nazi blitzkrieg, air battles over Britain and Germany and the desert war in North Africa. Based on Dwight D. Eisenhower's memoirs, this compelling account of the war that convulsed the planet includes rare archival footage and eyewitness reports.

This third installment of a five-part series based on Crusade in Europe, President Eisenhower's book about the Second World War, recounts some of the war's most important battles from 1940 to 1945. Conflicts examined here include Dunkirk, the Battle of Nations at Monte Cassino, the Battle of the Bulge and D-day. Additional footage captures Allied troops crossing the Rhine, the surrender of Germany and more.

This fourth installment of a five-part series based on Crusade in Europe, President Eisenhower's book about the Second World War, examines the most significant events of the war during the years 1944 and 1945. D-day in Normandy, Allied victory in Central Europe and the dropping of the atomic bomb over Hiroshima are covered, along with the end of the war and an account of Adolf Hitler's life and death.

The final installment of this Emmy-winning history series based on the Dwight D. Eisenhower book Crusade in Europe shifts the spotlight from D-Day and the death of Adolf Hitler to the most critical contests in Europe. Segments focus on the Allied invasion of Sicily and the Italian mainland; the Allied takeover of southern France; and the use of the Red Ball Express convoy system to move supplies across the continent.