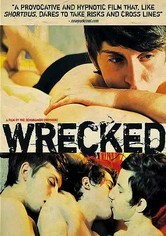 2009 NR 1h 13m DVD
Gay teenager Ryan dreams of making it as an actor. But when his ex, Daniel, shows up unexpectedly, Ryan's plans become derailed. Though Daniel promises to be a loving boyfriend, he brings his addiction to drugs and casual sex into the relationship. Ryan soon finds himself spiraling down into Daniel's unhealthy lifestyle in this edgy, sexually explicit indie drama directed by Harry and Bernard Schumanski.