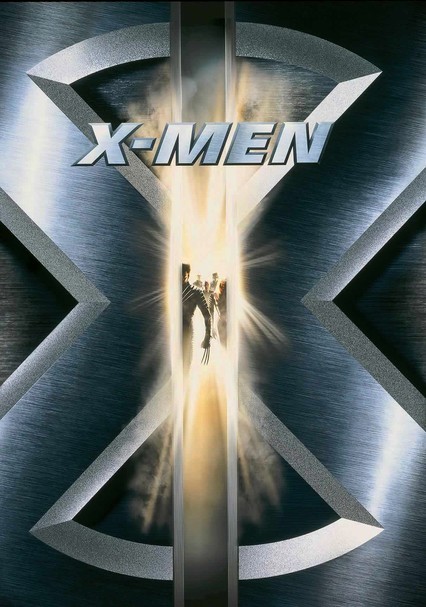 2000 PG-13 1h 44m Blu-ray / DVD
Amid increasing fear and bigotry, Professor Charles Xavier (Patrick Stewart) provides a safe haven for powerful outcasts like Wolverine (Hugh Jackman), Rogue (Anna Paquin) and Storm (Halle Berry), who are genetically gifted mutants -- and the world's newest, most persecuted minority group. In an explosive battle for freedom and honor, the X-Men take on Magneto (Ian McKellen) and his band of evil mutants, who relish the public's paranoia.

Parents need to know that this movie involves a great deal of comic-book violence executed with near-bloodless restraint but, at the same time, visceral efficiency. One character is a Holocaust survivor; there's much discussion about tolerance and hatred and prejudice, all in the film's fictional context of "mutants" with special abilities appearing in the human population -- and yet, this might provide a great conversation-starter for families.

Some kissing; a blue-skinned, scaled mutant shape-shifter is, essentially, walking about naked, albeit covered by scales and cartilage that make her slightly modest.

Largely bloodless violence, some of which involves good old-fashioned fisticuffs and stabbing, some of which involves superhuman abilities like a control of magnetism or the weather, or shooting force-beams from one's eyes. Many of the characters have invulnerability or fast-healing abilities that make their injuries sustainable. A young girl is stabbed accidentally by razor-sharp claws, but her abilities enable her to heal from her wounds. Scary, intense medical imagery. A human being liquefies.

Light strong language, including "balls," "dick," "God," "damn," and "hell." A variation on the finger is given.

Tie-in to vast quantities of related merchandise. Some light product placement (Oakley Sunglasses, Mazda), but no mentions of brands.

A character smokes cigars -- and is admonished for doing so. Beer and hard liquor are drunk.