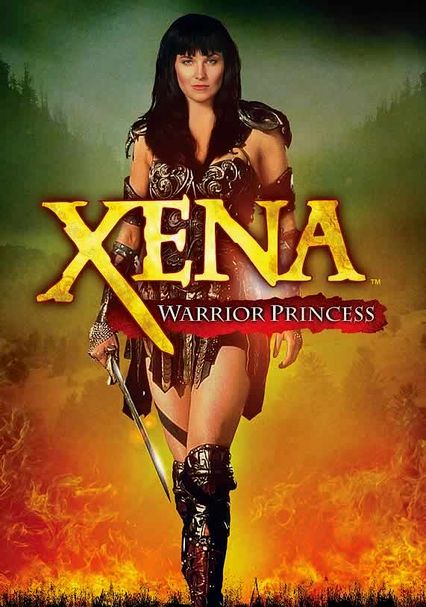 1995 TV-PG 2 seasons
Bent on redeeming her outlaw past, powerful warrior princess Xena and her companion Gabrielle travel far and wide in search of wrongs to right in this spinoff of "Hercules: The Legendary Journeys."

Steeped in magic, legend and lore, the brazenly campy adventures of warrior princess Xena and her sidekick Gabrielle begin here. Xena is no wallflower, and she expects nothing but success as she faces danger, kicks butt and comes out ahead.

A heady blend of sword and sorcery mixed with campy comedy and underlying lesbianism makes this series like no other. Season 2 mixes the series' trademark humor and dark mythological drama with Xena's fiery persona.

Parents need to know that this fantasy action-adventure show -- which earned an avid cult fan base when it aired in the late '90s -- has frequent violent fight scenes. Also, there are subtle suggestions of a lesbian relationship between the two main characters, which may go over the head of young viewers.

Some sexual innuendo and skimpy outfits; kissing. The nature of Xena and Gabrielle's relationship has been the subject of much debate and discussion.

Most episodes contain violent fight scenes that include a variety of unconventional weapons and physical action. Xena is, after all, a warrior.

Friendship, justice, vengeance, and redemption are all major themes of the show.

Very occasional consumption of wine or other ancient alcoholic beverages.