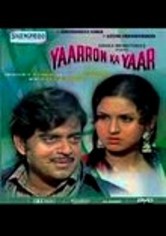 1977 NR 2h 30m DVD
A vicious rivalry erupts when Jaimal Singh banishes Nathu and his family from their village. Seeking revenge against the man who ruined his life, Nathu kidnaps Jaimal's son and raises him to be a thief, who eventually steals from Jaimal. But when Nathu surprisingly comes to the rescue of Jaimal's daughter, an unforeseen opportunity for reconciliation between the warring families suddenly appears.