Yeah Yeah Yeahs: Tell Me What Rockers to Swallow 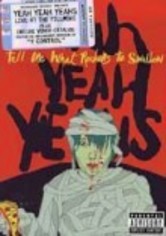 Yeah Yeah Yeahs: Tell Me What Rockers to Swallow

2004 NR 1h 18m DVD
Fans of the modern rock/punk band Yeah Yeah Yeahs can now relive the enchantment of its live performances with this show filmed at San Francisco's famed concert venue, The Fillmore. Sixteen of their best hits, including "Maps," are on full display, as well as extras including bonus tracks such as "Tick," "10x10" and "Sealings"; two documentaries, including one co-directed by Spike Jonze; music videos for "Pin," "Y-Control"; and more.