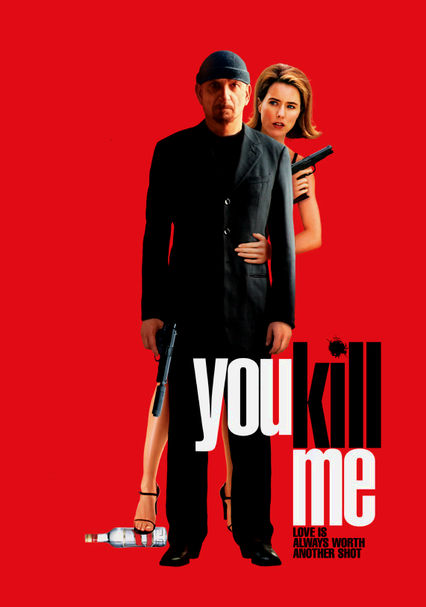 2007 R 1h 32m DVD
After an alcoholic hit man blows an assignment, he's ousted from his mob family and dispatched to San Francisco, where he dries out, gets a job at a mortuary and falls in love. But it seems there's some unfinished business to attend to back home.

Parents need to know that this dark comedy about a hit man features jokes about death, murder, and extreme violence. The main character's work entails shooting, throttling, and knifing victims, and a "war" between two gangster families leads to shoot-outs with loud weapons. The protagonist, who's an alcoholic, spends time in AA meetings, where discussions range from absurd to tragic to comic. Characters also smoke, drink, and use plenty of foul language. Luke Wilson co-stars, but this isn't a lighthearted movie.

Flirting between Laurel and Frank; a woman appears briefly in a bikini; several discussions of Tom's homosexuality and someone's AIDS test; some mild kissing; Frank appears in his underwear.

Lots of it, ranging from bloody to comic and back. Shooting with handguns and shotguns repeatedly produces bloody corpses (some multi-gun shootouts, some one-on-one battles); Frank's job at a funeral home has him working on corpses daily; ironic "romantic montage" has Frank teach Laurel how to assassinate with a knife (they practice on a watermelon); minor but loud car crash by drunk driver.

An alcoholic mafia hit man works to stay sober so he can "go back to work."

The protagonist is an alcoholic, so drinking and dealing with it are thematic: He appears dead-drunk at the start, attends AA meetings (which include discussions of other disorders, including eating), relapses (elaborate drinking with a stereotypical group of Irish family members), then recovers. Scenes set in bars. Frequent cigarette smoking.