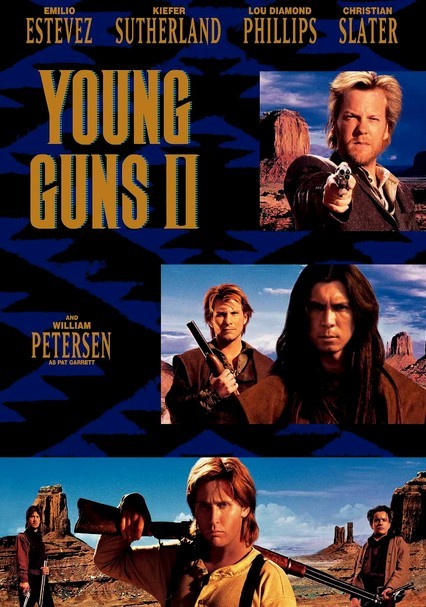 1990 PG-13 1h 43m DVD
In this sequel to the hit Western Young Guns, Billy "The Kid" (Emilio Estevez) and his gang of outlaws run wild until two of his companions in crime, "Doc" Scurlock (Kiefer Sutherland) and Chavez (Lou Diamond Phillips), are captured, prompting Billy to rescue his friends and flee the law. With a bounty on his head, Billy and company run off to Mexico, only to be sought after by Pat Garrett (William L. Petersen), a former partner of Billy's.