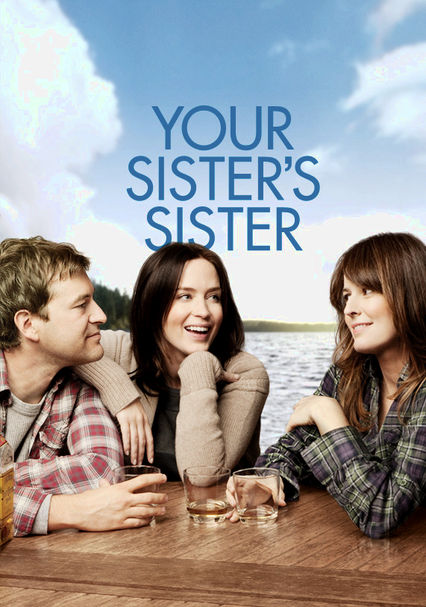 2011 R 1h 30m Blu-ray / DVD
Jack, who is mourning the death of his brother, has a complicated relationship with his best friend, Iris, who used to date his brother. Their chaotic situation becomes even more tangled when Jack has a drunken tryst with Iris's flighty sister.

Parents need to know that Your Sister's Sister is an independently produced romantic dramedy with smart characters, rich situations, and a lot of mature material, starting with sexual situations. A sex scene between a straight main and a lesbian woman is shown from beginning to end; there's no graphic nudity, but the scene has a big impact on the rest of the story, and other sex talk and sexual situations follow. Language is also strong, with liberal use of "f--k" and "s--t" throughout. A scene of excessive drinking contributes to the plot, and there's additional social drinking. Characters argue, but otherwise violence isn't an issue. This is a grown-up movie, but mature teens may enjoy it.

A man and a woman have sex after a night of drinking. There's no graphic nudity, but the sex act is shown from beginning to end; safe sex is practiced. Also heavy sex talk throughout, as well as some sexual situations.

Characters argue from time to time, but these arguments come from genuine emotional places and don't seem excessively violent or frightening.

Your Sister's Sister makes a case for telling the truth by showing how awful things can turn out after lying. Eventually, when the characters finally tell the truth, they find a new understanding and empathy for one another.

Two adult characters drink tequila excessively in an early scene, which leads to a night of sex and several awkward situations. Some mild social drinking throughout the rest of the movie.