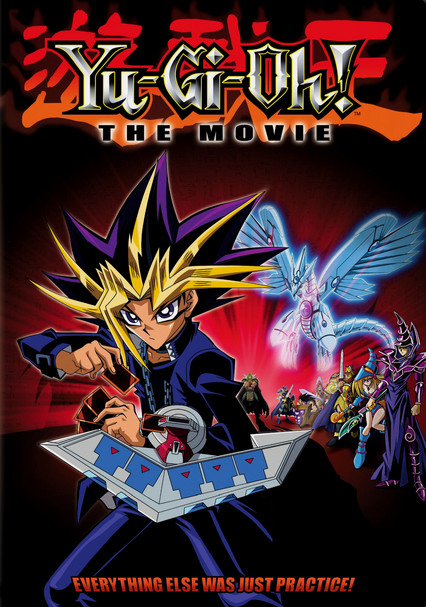 2004 PG 1h 30m DVD
In this anime feature based on the popular Japanese TV series, teenager Yugi has unlocked the secrets of the Shadow Game that were hidden for 5,000 years and soon becomes engaged in a new type of card game challenge. The ancient Egyptians had played dangerous "Shadow Games" using cards that could summon mythological monsters and magical forces. The games eventually led to a war that nearly destroyed humanity until the secrets were locked away.

Parents need to know that this movie has a lot of cartoon violence -- some scary-looking creatures face off against each other, including monsters and decaying mummies. There are a lot of meaningful glares and lightning-type bolts shooting out between the characters, but even those who are defeated and seem to evaporate turn out not to be gone for good. Human characters are in peril, too, and sometimes seem to be hurt, but again it's only temporary and there are no serious or graphic injuries. One girl character is loyal and brave, but when the creatures attack, she's the only one who cries and is incapable of fighting back. Some mild schoolyard language like "blow chunks," as well as many threats, insults, and boasts. A somewhat decadent character refers to wine spritzers and is so effete that some viewers may wonder if he's supposed to be a stereotyped gay man.

Some stereotyping. A female character is the only one to cry when an attack begins.