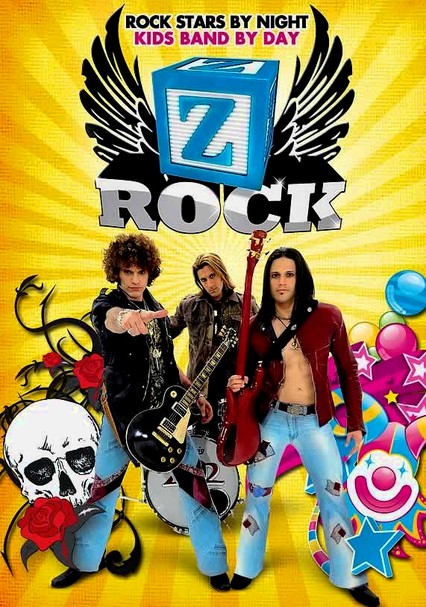 2008 TV-MA 1 season
Brooklyn metal outfit ZO2 works by day as a kids' party band, but in this semi-scripted comedy series, the double life of the Z Brothers (Paul Zablidowsky and David Zablidowsky) gets dicey when popularity among the toddler set threatens to blow their hard-rock identity. Birthday gigs and bar mitzvahs yield golden connections -- John Popper, Gilbert Gottfried and Joan Rivers among them -- but the band soon sees the pitfalls of playing all angles.

While trying to take their rock band to the next level, Paul Zablidowsky, David Zablidowsky and Joey Cassata play swank children's parties in New York City, which often leads to adventures with female fans, angry husbands and various celebrities. Based on the story of real-life band ZO2, whose members star as themselves, this comedy series features guest appearances by Joan Rivers, Dave Navarro and John Popper.