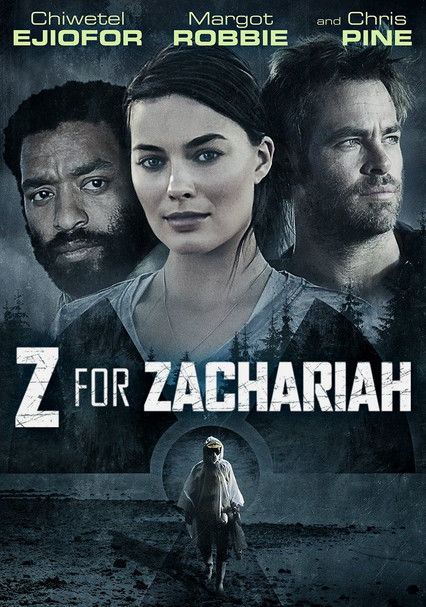 2015 PG-13 1h 35m Blu-ray / DVD
Believing she's the lone survivor of a global catastrophe, Ann Burden soon learns she's not the only human alive when a research scientist shows up. But as the two slowly get acquainted, their relationship is strained by the arrival of another man.

Parents need to know that Z for Zachariah is a postapocalyptic drama that focuses on a love triangle between three survivors of nuclear devastation. There aren't any battle scenes or grisly effects, but scenes do have underlying tension and vague threats, and characters speak about horrible things they saw after the disaster. A death/murder is hinted at but is left ambiguous; rifles are shown and fired. A woman kisses two different men; sex is implied in one case. She's shown in her bra and is intimate and comfortable with a man (i.e. dancing). Brief language includes uses of "f--k," "s--t," and "damn." Adult characters get drunk on beer and wine. The movie features some teamwork, but there's a betrayal close at hand. And while Ann is selfless and helpful and can take care of herself, she's also easily manipulated.

Some arguing and vague threats; tension. A death/murder is hinted at but is left ambiguous. Spoken stories of terrible, gruesome things happening during the nuclear apocalypse. Rifles shown. Hunting, shooting wild turkeys. Tiny amount of blood shown. Injections with a hypo needle.

The movie features some teamwork, but there's a kind of unrest simmering under it; though the characters work together, a betrayal is close at hand.

A character gets drunk on beer. Characters share bottles of wine at dinner, overindulging.