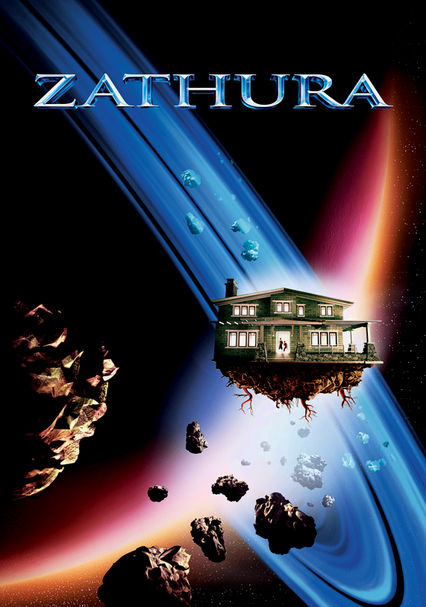 2005 PG 1h 42m DVD
After discovering a mysterious game in the basement of their house, two pint-sized brothers are sent flying into space, where they must finish the game by reaching the planet Zathura -- or be trapped in galactic limbo forever.

Parents need to know that the movie begins with typical tensions, resentments, and competitions between two brothers, aged six and 10. Their father is divorced and their teenaged sister is distracted by her interest in boys and parties. The film includes scary music, scary sound effects (crashes, explosions, alien-monster growls), and some images of space-aliens and a big robot attacking the boys that might be frightening for younger viewers. Boys use some obnoxious language ("d--k," "screwed") and violence against the aliens to save themselves.

Teenaged sister wears a tight top in preparation for her night out; she develops a crush on a character who turns out to be her younger brother at a later age.