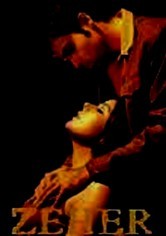 2005 NR 2h 15m DVD
Siddharth is a police officer in a small town whose life is about to be turned upside down. His marriage is a shambles because he's jealous of his wife's success. When he meets Anna, a woman stricken with cancer who's being abused by her husband, Siddharth decides to help her by giving her the money he seized in a drug bust. But Anna passes away that same night, and Siddharth struggles to uncover the real reason behind her death.