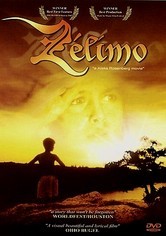 2001 NR 1h 31m DVD
Zelimo (Igor Aleksandr), a young Jewish boy who's already endured a lifetime of hardship despite his age, reflects on his experiences through flashback in this independent drama from writer-director Aleks Rosenberg. From his early days in Russia and his family's perilous attempts to escape to his current home in the Catskill Mountains, where he's mercilessly taunted by American children, he's come a long way. But he still has far to go.