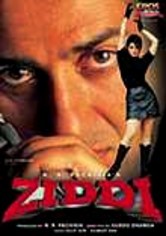 1997 NR 2h 44m DVD
Deva (Sunny Deol) is a troubled man who's just been released from jail, only to become one of the most dangerous underworld criminals. Equally dangerous are three crime lords (Raj Babbar, Shahbaz Khan and Sharat Saxena) who seek to put an end to Deva's reign in the gold-smuggling arena. Chief of police Inder (Ashish Vidyarthi), brother of the man Deva killed as well as Deva's sister's husband, sets out to finally stop his dodgy relative.