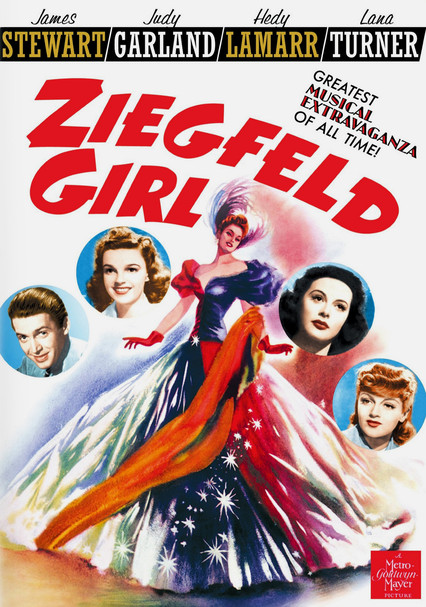 1941 NR 2h 12m DVD
James Stewart (in a rare appearance in a musical) headlines with an all-star cast of MGM starlets (Judy Garland, Hedy Lamarr and Lana Turner) in a story about three girls whose lives are changed when they become chorines in the legendary Broadway production of "Ziegfeld Follies." Songs include "You Stepped Out of a Dream" and "Minnie from Trinidad." Dan Daily, Jackie Cooper, Edward Everett Horton and Tony Martin co-star.