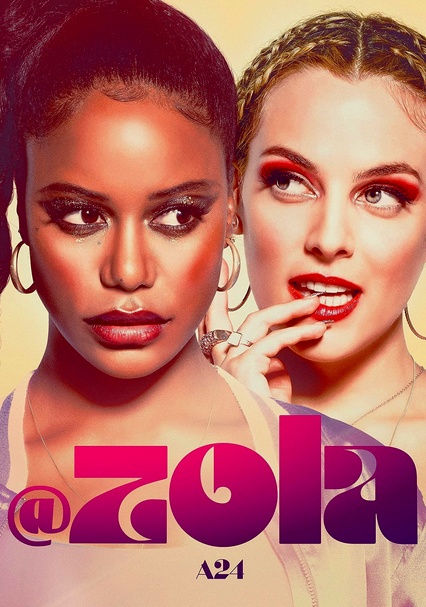 2021 R 1h 26m Blu-ray / DVD
"Y'all wanna hear a story?" Thus began the odyssey of one A'Ziah King, aka Zola. Zola's stranger-than-fiction saga — first told in a now-iconic series of viral, uproarious tweets — comes to dazzling cinematic life. Zola, a Detroit waitress, is seduced into a weekend of partying in Florida. Her trip turns into a wild saga involving a pimp, an idiot boyfriend, and Tampa's finest strip clubs in this film based on the greatest Twitter story ever told.