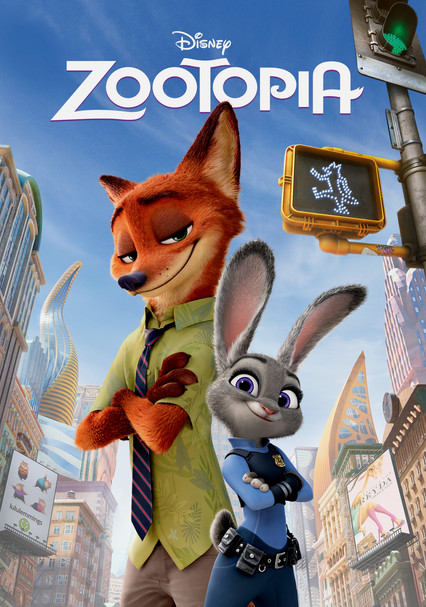 Parents need to know that Zootopia is a clever, fast-paced animated Disney film set in a world of walking, talking, clothed animals that live peacefully together, having supposedly evolved past nature's rules of predator versus prey. It's a story about an eager young cop (Judy Hopps, voiced by Ginnifer Goodwin), and her investigation involves chase scenes (one is prolonged and particularly intense) and jump-scare predator attacks, as well as an explosive crash, sneaking around in dark rooms, allusions to mob activity, kidnapping, threatened torture (a crime boss wants to "ice" key characters -- i.e. throw them in frozen water to drown), and bullying. No one is seriously hurt, but there are times when it seems that they have been/will be. Expect regular use of insult language like "stupid," "jerk," "dumb," "butt," etc., humor related to "naturalist" animals who choose not to wear clothes, and some sexy, sparkly ensembles worn by Gazelle, a pop star voiced by Shakira. There are a lot of jokes for adults that will go way over kids' head (references to The Godfather, the DMV, and Breaking Bad, for instance), but there's plenty for younger audiences to laugh at, too, and it all comes wrapped in great messages about courage, empathy, tolerance, teamwork, and the dangers of reducing others to stereotypes.

Several scenes of danger, peril, and tension. Predators go savage and try to attack other animals, including an intense chase scene involving the main characters and an out-of-control jaguar. Jump-scare moment when a "wild" animal held captive leaps angrily in his cell, scaring Nick and Judy; another upsetting scene when it seems a friend has turned on someone he cares about. Creepy moments in dark places (car lot, buildings) as characters investigate a missing mammal case. Chases and fighting (including on a moving train). Explosion/crash. Mobster has Nick and Judy kidnapped and threatens to "ice" them (drown them in frozen water), but he doesn't go through with it. Antagonists with dart guns get ready to shoot Nick and Judy. A young fox bullies a young bunny, shoving her and clawing her across the cheek; in another sad scene, a young fox is bullied by those he thought were friends. Some of the large animals/predators are intimidating.

Follow your dreams; anyone can do/be anything if they work hard enough and believe in themselves. Stand up to bullies, and look beyond stereotypes and assumptions to the individuals behind them; folks can surprise you by not being what they seem -- and by changing over time. Individuals from different (and even traditionally opposed) backgrounds can form powerful alliances if they look beyond those differences. Also promotes tolerance, understanding, and multiculturalism -- and everyone's value when it comes to making a difference in society.

Real-world brand names get a Zootopia spin (like Zuber instead of Uber or ZNN instead of CNN). Many offline product tie-ins, from toys to books, games, and more.