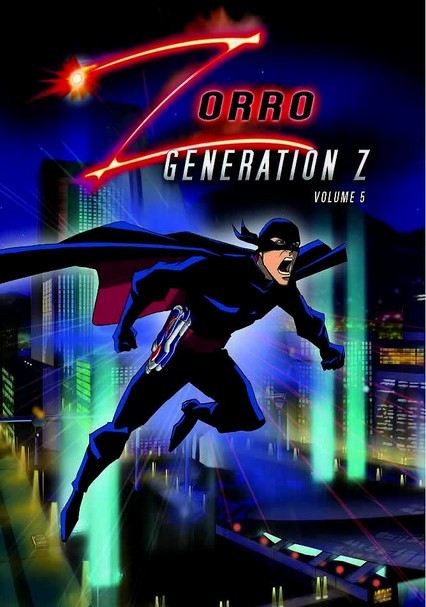 2008 NR 1h 50m DVD
This animated series presents a Zorro for the modern age and beyond, as swashbuckling do-gooder Diego de la Vega (voice of Ben Small) dons the mask and cape to take on the bad guys in a crime-ridden futuristic metropolis. Picking up where his ancestors left off, college kid Diego transforms into the black-clad avenger with help from sidekick Scarlet Whip (Jules de Jonon) and his tricked-out motorcycle, Tornado-Z.