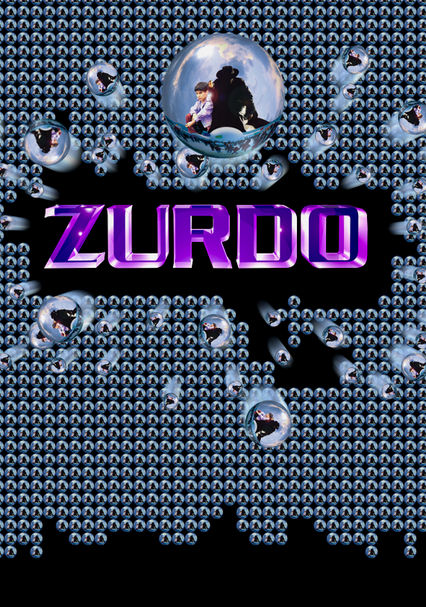 2003 NR 1h 50m DVD
A tough cop challenges a marble-playing phenom to a duel in this futuristic tale. Young Lefty can beat anyone in his village at marbles, but when a corrupt police officer in a nearby town hears he's got competition, he dares Lefty to a game. Lefty's fan club is there to cheer him on as he competes against the villain. Alex Perea, Alejandro Camacho, Arcelia Ramirez and Eugenio Derbez star; DJ megastar Paul Van Dyke adds the techno beat soundtrack.

Parents need to know that Zurdo is a subtitled 2003 Mexican film about a tween boy who has never lost a game of marbles who is thrust into a maelstrom of corruption and greed when the adults in his community bet their money that he can beat a marble champion in a rival city. Though this is a wonderful movie and a fine example of magical realism, there also are some violent moments, including a near-rape scene. Bad guys are shown wielding guns, chain saws, and knives. In shadows, a character is shown being stabbed to death by three gang members. Characters are slapped, and there's blood in the movie's climactic scene. There's sexual innuendo in scenes with the town prostitute. There's also some bullying -- an overweight boy is nicknamed "Fatso," and he and his friends get into a fistfight with Zurdo and his friend in the aftermath of a contentious marble game. However, for all its emphasis on folklore elements, Zurdo is mostly about a likable and relatable boy trying to do the right thing around so many who are doing the wrong thing. Overall, this is an unforgettable film for older kids and adults.

Sexual innuendo in scenes with the town prostitute.

A woman is nearly raped by a police officer who forces his way into her apartment. This same officer slaps Zurdo in the face and threatens to cut off his left hand. In shadows, a character is shown being stabbed to death by three gang members. These same gang members also are shown running around with chain saws. Some bullying: Tween boys get into a fistfight after a game of marbles. Some blood in the movie's climactic scene. A mother slaps her son hard and slaps Zurdo too.

"Ass." An overweight boy is nicknamed "Fatso" by his rivals in marbles.

Friendship, loyalty, community, being true to one's self.

Beer, wine, and shots in a bar. Drinking out of bottles covered in paper bags in an arena. Cigarette smoking.