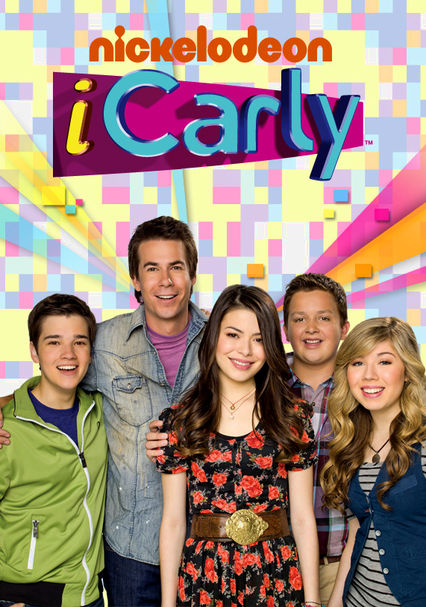 2007 TV-G 7 seasons
A cyberstar is born -- unexpectedly -- when 13-year-old Carly Shay creates and hosts an Internet series with a little help from her feisty best friend, Sam Puckett, and tech-savvy neighbor, Freddie Benson.

When students Carly, Sam and Freddie start their own web show, the competition is on to see who can attract the most viewers. Later, they try to break a world record for longest webcast and do a special Halloween show from a haunted apartment.

Carly and Sam both develop a crush on Freddie's friend, Sam reveals on iCarly that Freddie has never kissed a girl, and the gang goes to Japan to attend the iWeb Awards in this installment of the popular series.

Carly, Sam and Freddie lose control of the iCarly.com domain and later, they get lookalikes to pose as them as they escape to a mixed martial arts fight. Also, Sam beats up a bully and impresses Pete.

It's nothing but more adventures, as the gang's all aglow when the show broadcasts the first-ever iCarly Awards and Sam reveals she used to compete in beauty pageants. Later on, Freddie risks his own skin to save Carly's.

Carly hosts an eccentric awards show honoring the best videos posted to iCarly.com. Meanwhile, principal Franklin tries to regain his job after being fired for an appearance on iCarly, and Spencer learns his art is worth more if he's dead.

It's not easy being Carly, a teenager with a prank-loving older brother, Spencer, and bickering best friends, Sam and Freddie, but Carly's smash Web show must go on -- even when Spencer gives her a gummy-bear lamp that sets her room on fire.

Parents need to know that this semi-interactive tween comedy integrates with its partner website (iCarly.com), and the show's format encourages kids' interest in checking out and contributing to the site. In other words, if your computer-savvy kids are fans, this is the perfect time to reiterate your family rules about Internet use and safety. The content is mostly benign, with language limited to some name-calling ("loser" and "jerk," for example) and a simplistic view of teen relationships, but the show does raise timely points about issues like cyberbullying, since the characters sometimes use their broadcasts to rant about other people.

Hand-holding, flirting, hugging, references to boobs, and other aspects of teen relationships are mild in nature. Rarely guys refer to girls as "hot" or question the basis for relationships between "popular" kids and "geeks."

Name-calling like "loser" and "jerk" is as harsh as it gets.

While friendship is very important on the show and the characters typically learn a lesson from any iffy behavior, not every take-away is positive. Sometimes the characters make questionable choices that would have negative consequences in real life but are played for laughs in the show.

The series and its sister website promote each other. Characters encourage viewers to log on to the site to send in emails and videos for consideration for the show. And there's lots of iCarly merchandise, not to mention the fact that it helps Miranda Cosgrove's music career as well. The series has spawned a handful of TV movies and specials.